Welcome back to this week’s episode of Ask Doctor Bitcoin. This week, we look at Ripple and why it may be a great investment for banks but a bad investment for individuals. Ripple has recently made the news as banks begin to adopt the messaging protocol to save time and money associated with wire transfers.

Before understanding Ripple, one must understand how bank wire transfers work. Although the process is electronic, there is also a manual component in copying the information and sending it to the person making the wire transfer. Because of the labor and time involved in wire transfers, the transaction fees are high. Banks are looking at Ripple to streamline this process: since the steps are consolidated in the overlay protocol, both the initiating bank and the intermediary bank save time and avoid human error by using Ripple.

Most people view cryptocurrencies as being basically the same in terms of how their market fundamentals work, but Ripple is application-specific. With other cryptocurrencies such as bitcoin, the value of the currency goes up as more people utilize and trade it—i.e. what we think of as supply-and-demand economics. However, since Ripple is used by banks to keep transaction costs low, the demand would decrease if the costs outweighed the savings gained by using the protocol.

Users of most cryptocurrencies have an incentive to want the value to rise, adding wealth to all the users. That is the key difference with Ripple. Its value does not travel through the blockchain, and U.S. dollars are all that is being exchanged using the Ripple protocol. Banks do not use Ripple as currency; instead, they transfer dollars from one bank to another using the Ripple messaging protocol to coordinate the process. Banks pay for the use of the messaging protocol with Ripple tokens.

Ripple is useful for banks to reduce the time and expense required for wire transfers. However, since Ripple is an application-specific token and not a currency like bitcoin, its usefulness and popularity are not an indication that an individual should invest in it the same way they do other cryptocurrencies.

For the latest cryptocurrency news and answers to more of your questions, join us next week for another episode of Ask Doctor Bitcoin. 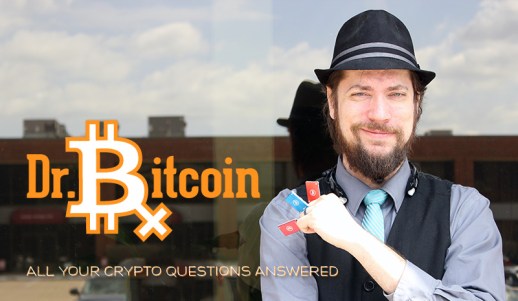