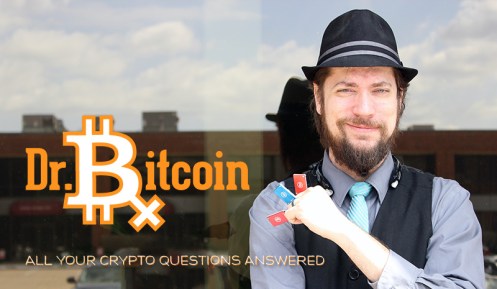 Kevin Rose, founder of the famous Web 2.0 startups Digg and Rev3 Networks recently announced that one of his blockchain investments from his tenure at venture partner firm Google Ventures has raised even more money from some particularly unlikely sources: big banking. According to CNBC (and ostensibly confirmed by Kevin himself) the banking institutions include:  Standard Chartered, Accenture Ventures, SCB Digital Ventures, the venture arm of Siam Commercial Bank, and Japan’s SBI Holdings.

That Ripple is raising is not unheard of – to date, they’ve raised around $93 million, and continue to try to journey towards profitability. This recent fundraising round is undoubtedly pushed forward on the recent news of the consortium of banks creating their own protocol based on Ripple (which I talked about a couple of weeks ago).

UBS, the Swiss bank, pioneered the “utility settlement coin” and has now joined forces with Deutsche Bank,Santander and BNY Mellon — as well as the broker ICAP — to pitch the idea to central banks, aiming for its first commercial launch by early 2018.

Ripple does contain some interesting properties presently unique to it’s protocol, which are nicely explained on WhatIsRipple.info. The first two things listed there are pretty common to any blockchain-based currency.

One of the more interesting principles, though, is the decentralized exchange/transaction facilitation. 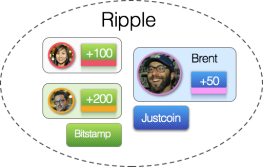 There are many other payment providers on the Ripple network.

Brent is a customer of Justcoin, and his Justcoin balance is stored on the Ripple network alongside the Bitstamp balances of Alice and Bob.

Brent also wants to buy from Alice. However, Alice does not accept his Justcoin balance. She does not want to sign up with Justcoin to withdraw her money. 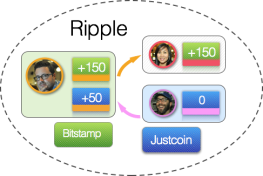 Bob does a lot of business with other Justcoin customers, and so he wouldn’t mind a Justcoin balance. Because Bob agreed to this, the network will automatically transfer some of Bob’s Bitstamp balance to Alice, in exchange for an equivalent Justcoin balance from Brent.

Bob acted as an intermediary and facilitated a payment between Brent and Alice, and two different payment providers. He can choose to charge a small fee for this service.

Because customers from different providers constantly want to send money between each other, there are many people like Bob on the network, and the market will keep the exchange fee low.

It’s early days with Ethereum, and this capability could easily be written into an Ethereum token, but currently only exists in Ripple-based blockchains. This another reason why banks are gravitating towards this protocol, since it has the built in functionality of handling the ownership and transfer of multiple financial instruments – even instruments that have their own blockchains.

As I talked about a couple weeks ago, the Ripple protocol isn’t without it’s downsides. Ripple has some fundamental flaws that must be examined and weighed both for the benefit of banks looking to move to this new technology as well as folks looking to innovate on blockchain technology in the crypto-sector. A report commissioned by distributed ledger consulting group R3CEV and authored by bitcoin developer Peter Todd has raised questions about Ripple and it’s ability to withstand the rigorous security demands of high-finance.

My prediction is that this group of banks will move forward with their implementation of Ripple, and see some gains from using this new technology, and likely use it as a stepping stone to more open versions of the technology in the future. As I said, this is technology of particular importance to financial institutions, but it isn’t remarkably complex technology, and could easily be achieved on a more robustly supported blockchain like Ethereum, or even future updates to Bitcoin.